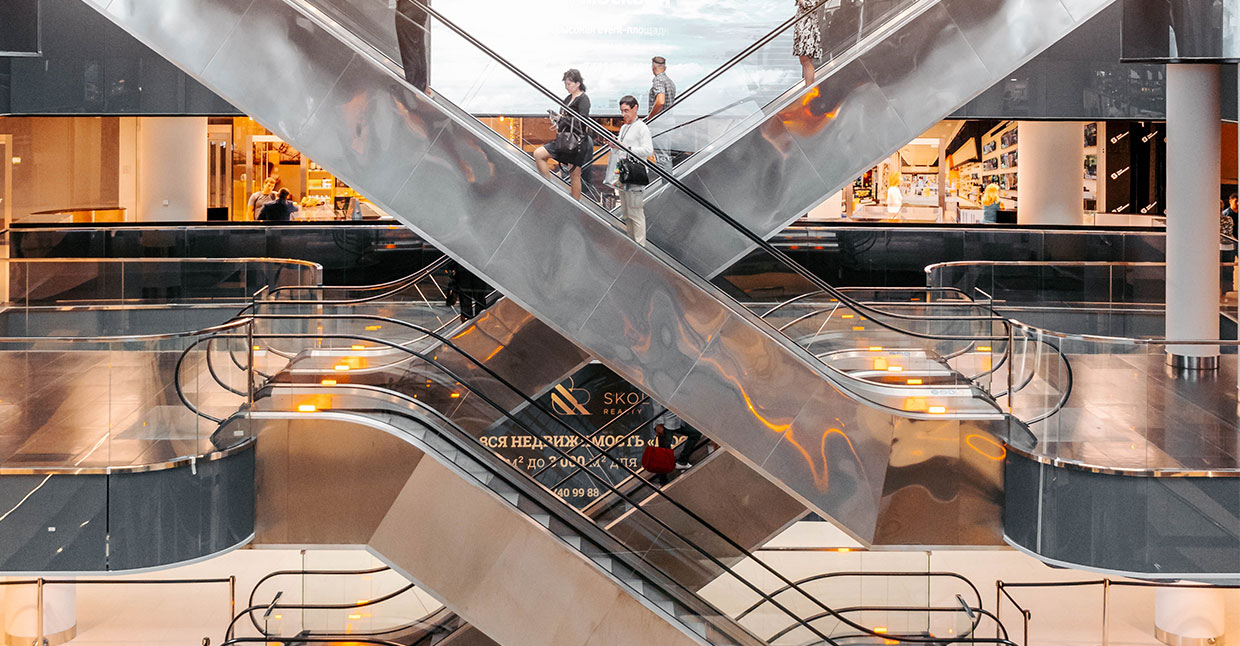 5 ways how marketeers make use of your irrationality

Are you convinced that you are walking rationally down the shopping street? Well, read on then ?.

Clever marketers have known something about you for years that you may not even know yourself.

They know you are guided by emotion when you are shopping. Some scientists even believe that this is the case in 80% to 95% of the time.

Now, I can hear you think: ‘’Yeah sure, but not me’’. Very well then; see if you recognize these five examples.

What psychological insight does Ikea use to make you go shopping? How do marketers make you spend more money? And how do they make an expensive product look cheap?

In this blog, I expose five fundamental fallacies. And once you know them too, you’ll never shop the same way again.

The difference between coffee and an app

Did you ever notice how you order a €4 cappuccino without thinking?

You don’t think about it for too long, because you simply want to enjoy your cup of coffee and €4 is a reasonable price, right?

But have you also ever noticed that €1.99 for an app on your phone feels like a difficult decision to make? That’s because of something psychologists like to call ‘’mental accounting’’.

Unconsciously, you have some sort of special emotional bank account for all kinds of expenses. For example, an account for ‘’enjoying a drink’’.

But here’s the thing: our bank account for apps hasn’t been around very long. Blindly spending a few euros now suddenly feels a bit strange. And this applies to all products and services for which there is not yet a habit.

However, by expressing a (new) purchase in slightly different terms, you can emotionally borrow money from another bank account.

For example, an app developer could emphasize that his €1.99 app is cheaper than a cup of coffee. This type of framing allows you to unconsciously justify spending that €1.99 by taking money from your emotional coffee bank account.

Hence, the developer cleverly seduced you into buying his app.

Are we our brain?

The psychologists who discovered mental accounting are researching Neuromarketing.

Using brain scanners and other innovative methods, they investigate our true center of decision-making: our brain.

With those same brain scanners, neuromarketing agencies look at whether an advertisement incites to buy, if a website has unintentional obstacles, and how stores can become even more seductive.

Do you want to know what other secrets the brain can reveal? And how neuromarketing really works? In that case, I have something in store for you.

Our online training: The Neuromarketing Fundamentals. Including 9 lessons of TED-talk length (+/- 20 min) covering everything you need to know about neuromarketing.

400+ others recommend you to follow this training. Taught by yours truly ?.

Click here to watch the first lesson for Free

One choice is not a choice

My grandfather always used to say that you have a 50% chance of winning the lottery. You either win it, or you don’t ?.

Unfortunately, this isn’t really the case. But oddly enough, with other decisions, this 50% chance does come to play.

Psychologists discovered that the choice to place that cool t-shirt in your (online) shopping car feels like a 50/50 choice as well. You either click the button, or you don’t.

With one clever addition: they were able to increase the chance that you do click that button by 15%. How did they manage to do this? They added another choice.

Unconsciously, your brain makes a choice between option 1, option 2 or the option not to choose anything. Where previously the option to choose nothing was 50%, it is now 33% (or 1 in 3).

Now, this sounds very irrational. And it is.

Still, webshops see their sales increase again and again when they give another option besides the shopping cart button. For example, the option to put a product on your wish list, like on Bol.com:

A diversion to trick you into buying

This next insight resulted in 30% more subscriptions at The Economist.

The Economist actually has only 2 formats: a physical magazine and an online version. However, by selling them bundled as well, they have three types of subscriptions.

When they reviewed the sales, they observed 16% of sales for the digital magazine, 0% sales for the physical print, and 84% for the combi-deal (physical + online magazine).
The physical print on its own is an odd choice. For the same amount of money, you get the online subscription for ‘’free’’ as well. So why is it smart to offer this option anyway?

In an experiment by the well-known psychologist Dan Ariely, something odd happened when they took away the option that nobody chose (option 2). Suddenly, 68% chose the digital option. Only 32% opted for the combi-deal, compared to the 84% in the previous three-way choice.

Adding option 2 is a diversion of The Economist. This is the Decoy Effect. Adding an option that nobody wants, makes the combi-deal suddenly seem a lot cheaper.

This is the same reason why McDonalds has a large Coke on the menu, and Dyson a ‘Deluxe’ vacuum cleaner with a very over-priced feature for which you’re not willing to pay that much more money for.

These are all distractions to influence your choice.

By the way, this is one of the examples used in Lesson 1 of the Neuromarketing Fundamentals training: ‘’What is neuromarketing?’’. Curious about the other examples in this lesson?

Take a look at it for free right here.

What do the last two digits of your phone number have to do with how much you want to pay for a cup of coffee? Nothing at first sight, you would say. But this social psychological experiment proved otherwise.

Nothing new for the participants; crazier things have been asked in such psychological experiments. But what they didn’t know, is that they were influencing themselves by writing down those two numbers.

The last two numbers of your phone number are, of course, completely random. The only reason these participants were willing to pay more for coffee was due to the fact that they had primed themselves with a large number.

I’ll let you think about it for a moment.

Don’t secretly grab a calculator. I want you to come up with a number.

And now the answer. The thickness of the paper would the same as the distance from here to the moon ?.

Chances are you were thinking about a few inches, a few feet at most. But what you accidentally did not consider is that the paper is always folded in half. So, 0.1 mm becomes 0.2 mm. And that becomes 0.4 mm again and that becomes 0.8 mm again. Do this 42 times, and voila, you’re on the moon.

The same thing happens here as with that phone number experiment. You think of a small number (0.1 mm), which subsequently affects your answer.

Now that you know that (unrelated) large numbers influence your price perception, do you see what Albert Heijn has done brilliantly on their webshop? 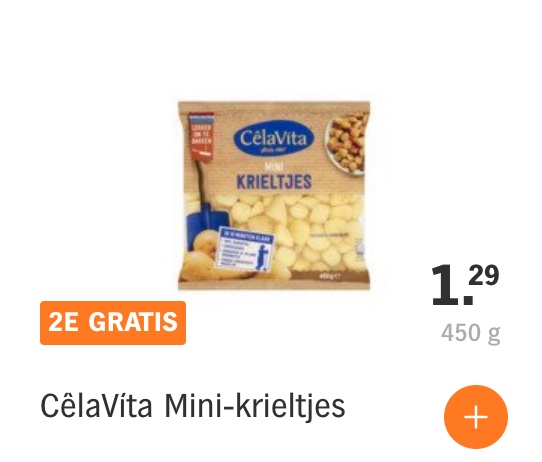 That always comes in handy

How Ikea gets you shopping

Think about a time when you were in the IKEA.

You walked through the inspiration part of the store and are now at the top of the stairs that leads you into the warehouse.

You walk down the stairs and are welcomed by all kinds of useful products. Dish brushes, napkins and clothing hangers.

These products always come in handy, so you throw one of those items into that iconic blue bag and move on.

Without noticing, IKEA cleverly played you. Before you walked downstairs, the chance that you were going to buy something was considerably smaller.

But with the help of these strategically placed product, IKEA increased this chance substantially.

Where at first it was still doubtful whether you were going to buy anything at all (after all, you could also have left the premises empty-handed), you are now suddenly in the shopping mindset.

You’re going to buy that dish brush, and what else? After all, you have to go past the checkout anyway.

Not to mention those really cheap ice creams at the end ?.

People don’t do what they say, and they don’t say what they do

If I had asked you beforehand if you would let the last two digits of your phone number influence you, you must have looked at me a little weird.

Yet, we know that these irrational things do influence your behavior. And in order to find out, we apparently cannot simply ask you. After all, you are not aware of it yourself.

In fact, sometimes people say one thing and do another.

Again, and again we see: people don’t do as they say, and they don’t say as they do.

So how can you investigate this? By taking a look into that subconscious. Inside the brain.

That’s exactly what my Neuromarketing Fundamentals training is about. Taught by a real neuromarketer (the undersigned), with years of experience in the field.

Straight to the point, we only cover exactly what you need to know, nothing more, nothing less. Over 400 others preceded you.

Watch the first lesson for free now, and take the first step towards becoming a real neuromarketer.

Watch the First Lesson for Free